Relationships can also store data in the form of properties, just as nodes. In most cases, relationships store quantitative properties such as weight, costs, distances, ratings, etc. 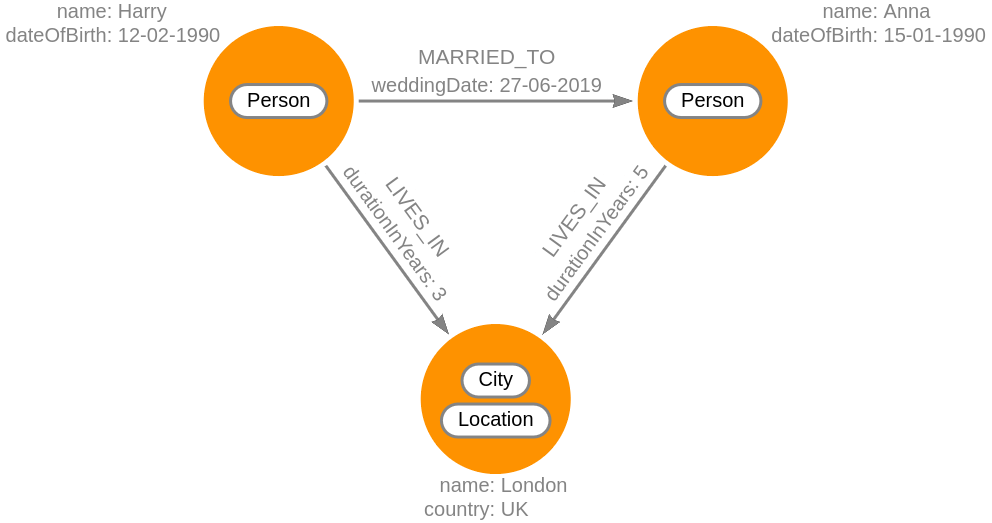 The relationship of the type MARRIED_TO has the property weddingDate, which represents the date when the marriage was formed. Relationships of the type LIVES_IN have the property durationInYears which denotes how long a person has lived in the specified location.

To create a relationship between two nodes, we need to specify which nodes either by creating them or filtering them with the WHERE clause:

If the nodes already existed, the query would look like this:

Instead of using the CREATE clause, you are just searching for existing nodes using the WHERE clause and accessing them using variables p1 and p2.

The built-in function type() can be used to return the type of a relationship:

Just like with properties on nodes, the same rules apply when creating or matching a relationship. You can add properties to relationships at the time of creation:

You can also specify them in the MATCH clause: