The notion of similarity can be described in several different ways, but within graph theory, it encompasses several generally accepted definitions. The similarity of graph nodes is based on a comparison of adjacent nodes or the neighborhood structure. These are traditional definitions that take into account only the layout of the graph. If we extend the definition of a node with additional properties, then it is possible to define comparisons based on these properties as well, but this is not the topic of the methods mentioned here.

The result of this type of algorithm is always a pair of nodes and an assigned value indicating the match measure between them. We will mention only the most popular measures based on neighborhood nodes with their brief explanations. 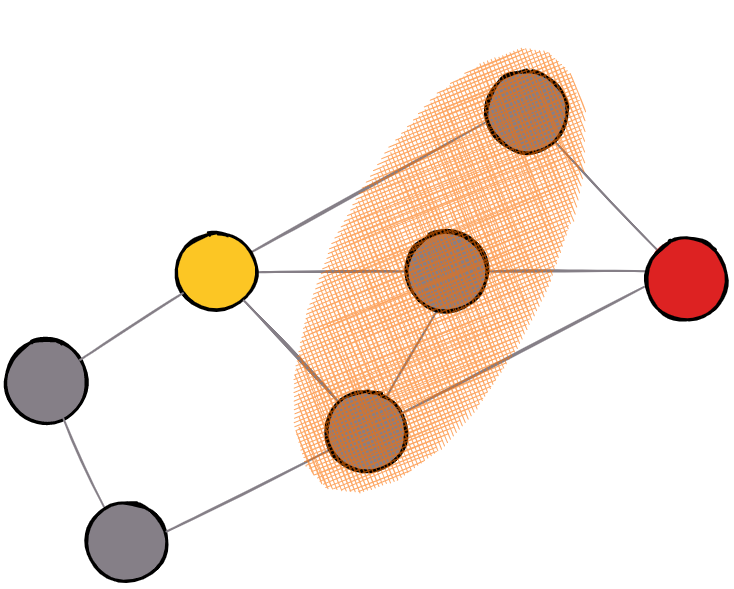 Example of a graph where nodes share a neighborhood. This information is used to calculate similarity.

Node similarity is implemented as part of the MAGE project. Be sure to check it out in the link above. ☝️

The similarity of the nodes can be used in a diverse range of use cases. The reason for this is easy adaptability but also the natural pattern recognition application. Nodes with a high degree of similarity to those targeted or labeled are more likely to have attributes equal to them.

One such example is the financial industry where scams happen on a daily basis. The pattern of behavior is often a common item of various fraudsters. Also, fraudsters are mostly tied to other fraudsters, so a node similarity measure can help detect suspects similar to previously detected ones.

Knowledge graph entities are most often structured in a way that similar domain entities are strongly connected together. This way we can estimate the strength of a relation between important entities in a graph.