Katz Centrality is a method for estimating the centrality of graph entities. As with any other centrality measurement, this one also outputs the measurement of how central the node is compared to the other nodes in the graph. The main difference in the Katz Centrality when compared to the other centrality measurements is the fact that the ranking of this method depends on the decay factor related to the length of paths emerging from the node i. Walks of shorter length are valued at an exponentially higher value than longer paths.

Some applications of real-life usage of Katz Centrality include the analysis of citation networks, social networks or the world wide web for searching engine prioritization. Katz Centrality doesn't offer the substitution for any centrality algorithm but rather a different approach. Depending on the use case, users should determine whether this is the right measurement for them. 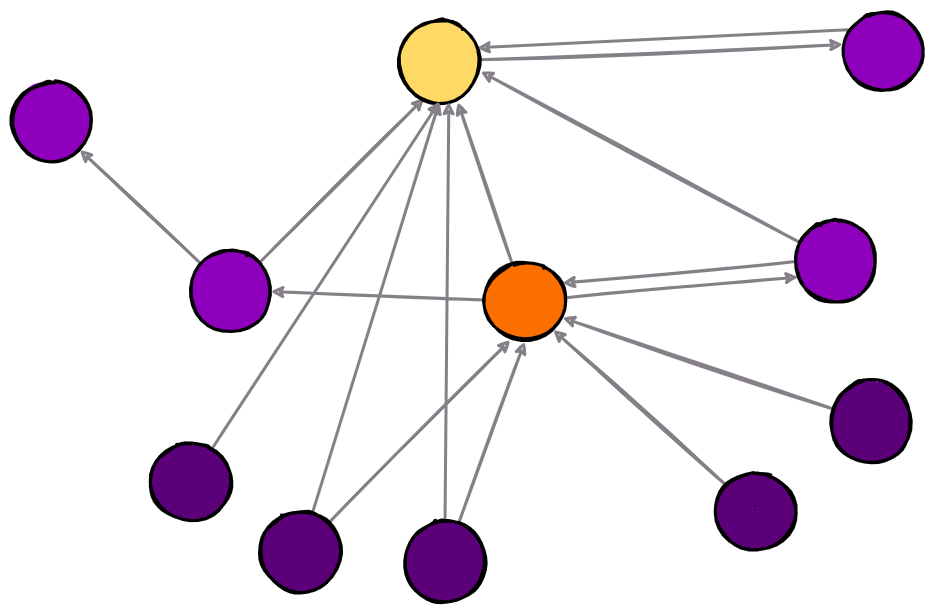 Example of Katz Centrality - the warmer colors represent the higher values of centrality. It's visible that the nodes with higher centrality have a large number of close connections.

Katz Centrality is implemented as part of the MAGE project. Be sure to check it out in the link above. ☝️

Like other centrality measurements, Katz Centrality can be used to rank the elements on the World Wide Web. The results wouldn't be as refined as the ones obtained with PageRank.

Because of its properties of putting emphasis on closer nodes, Katz centrality can be used in neuroscience for the discovery of correlations between firing neurons. Identification of such processes can help in understanding the complexity behind these non-trivial mechanisms.