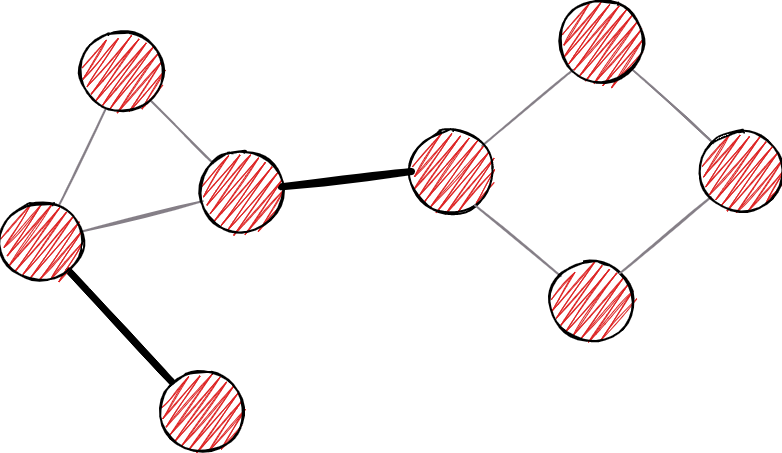 Example of bridges on the graph. Bold edges represent bridges.

This algorithm is frequent as part of the initial graph analysis. It talks a lot about the connection itself and reveals, depending on the domain, the points of the graph that connect the different components. The first linear algorithm for finding bridges within a graph was written in 1974 by Robert Tarjan.

Bridges Detection is implemented as part of the MAGE project. Be sure to check it out in the link above. ☝️

In the transport industry, the application of the bridge recognition algorithm is intuitive. By analogy with the real world, bridges are key points of traffic, and their functioning is essential to the functioning of any city.

Just like the previous example, Internet networks are organized similarly to a transport network, and as such, contain bottlenecks that are bridges to that big graph. Such points need to be strengthened with excellent infrastructure, which will prevent the possibility of unexpected system crashes.