How to use Memgraph with Python and Jupyter Notebooks
Embark on the Fraud Detection Journey by Importing Data Into Memgraph With Python
NetworkX Developers, Say Farewell to the Boilerplate Code
Who ranks better? Memgraph vs NetworkX PageRank
Data persistency, large-scale data analytics and visualizations - biggest NetworkX challenges
In-Memory Databases that Work Great with Python
Best Python Packages (Tools) for Knowledge Graphs
Temporal graph neural networks with PyTorch - How to create a simple recommendation engine on an Amazon dataset

How to use Memgraph with Python and Jupyter Notebooks 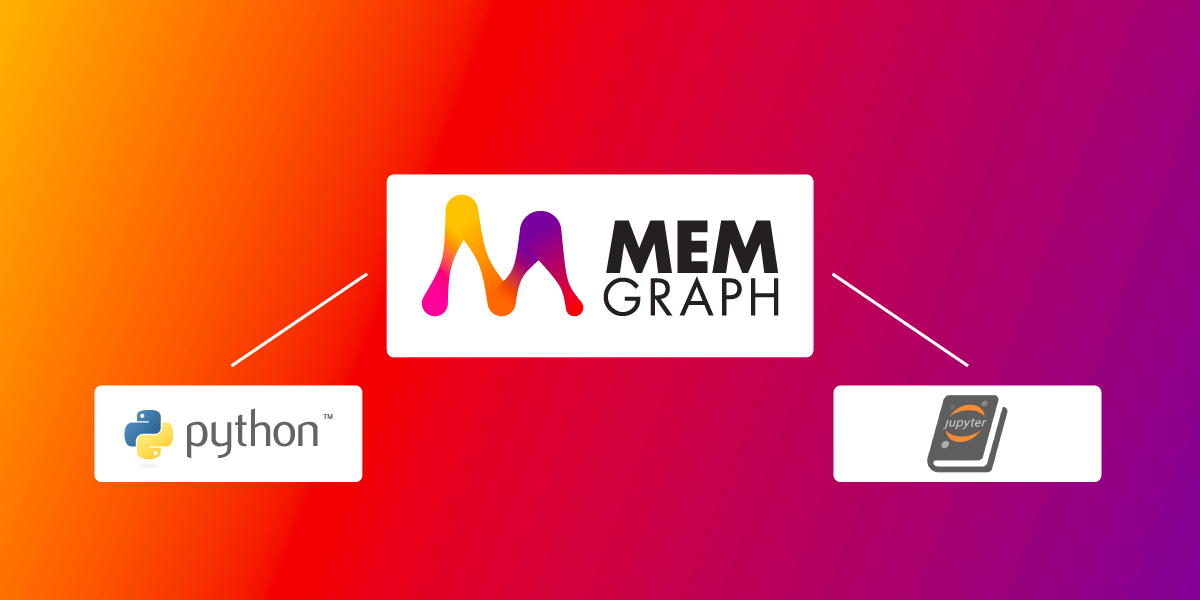 Why not join the Memgraph App Challenge after you finish this tutorial?

One of the simplest ways you can analyze graphs is by creating a Python script or Jupyter Notebook. Python has always been the language of choice for most data scientists, and we know why. It strives to be simple and straightforward!

So, in the spirit of this simplicity, here is a quick tutorial on how to do some basic network analysis using Memgraph and Python.

The general outline is:

Now, I am going to show you an example of how to accomplish this. You can also take a look at this Jupyter Notebook if it’s more your style.

For this tutorial, you will need to install:

Docker is used because Memgraph is a native Linux application and cannot be installed on Windows and macOS without it. Even if you are running Linux, I suggest the Docker installation as it includes some additional helpful resources like Memgraph Lab.

While there are a few ways of installing Memgraph, the recommended one is to install Memgraph Platform with Docker. If you don’t have Docker, I suggest you follow this guide.

After you install Docker, you can set up Memgraph by running:

This command will start the download and after it finishes, run the Memgraph container.

However, before we can execute this, we need to install the GQLAlchemy package. We will be using the GQLAlchemy object graph mapper (OGM) to connect to Memgraph and execute Cypher queries easily. GQLAlchemy also serves as a Python driver/client for Memgraph. You can install it using:

Hint: You may need to install CMake before installing GQLAlchemy.

Now, make sure that everything is working correctly by running the script:

If you get an error or you need help with something else, definitely message us on Discord or through our forum.

Let’s make sure that Memgraph is empty before we start with anything else. Add the following line to memgraph.py:

You will need to download this file which contains a simple dataset called Zachary’s karate club. To import it into Memgraph, we will first need to copy it to the Docker container where Memgraph is running.

Find the CONTAINER_ID by running:

Copy the file with the following command (don’t forget to replace CONTAINER_ID):

Now, we can execute the Cypher command LOAD CSV, which is used for loading data from CSV files:

That’s it for the import. After you run the script, Memgraph should be populated with the data. You can make sure by opening Memgraph Lab in your browser at the address http://localhost:3000. To retrieve everything from the database, execute the following query in the Query tab:

Hint: Memgraph Lab is running on http://localhost:3000 if you installed Memgraph Platform using Docker. Otherwise, you will need to download and install Memgraph Lab manually.

Let’s make sure that our data was imported correctly by retrieving it:

Now, let’s do something clever with our graph. For example, calculating PageRank for each node:

As you can see, it’s very easy to connect to Memgraph and run graph algorithms using Python. I even have a suggestion where you could apply this knowledge.

Did you hear about the Memgraph App Challenge?

It’s very simple, you just have to create something that enriches the world of graphs! It could be a web application, Memgraph driver, an integration for a graph library, or implementation of a graph algorithm in MAGE. I suggest you use this tutorial as a starting point and create a Python script or Jupyter Notebook for graph analysis.

Good luck with your coding, and don’t forget to register for the Challenge!