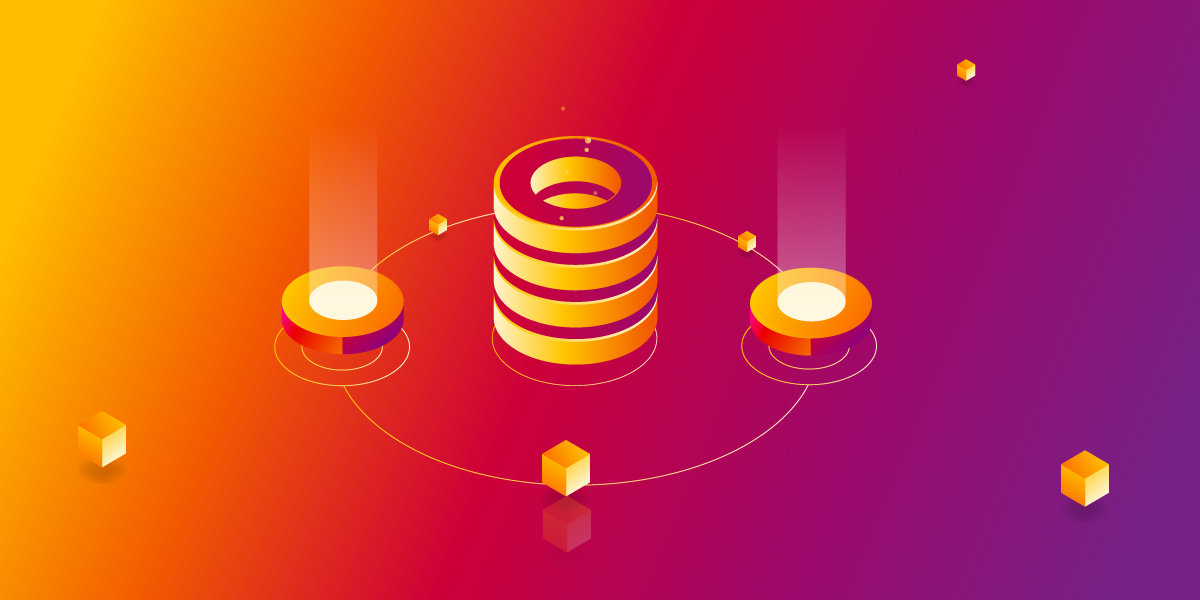 In-memory databases primarily rely on RAM storage instead of using hard or external disks for memory storage. Data preservation on RAM storage eliminates the need to query the data from external disks, hence the processing can be done much quicker in comparison to traditional databases. Applications that expect a faster response and query time can leverage in-memory databases as the data is available in a ready-to-use format for fast rectification.

Let’s take a look at how in-memory databases work along with some use cases in data science.

How do In-Memory Databases Work?

In-memory database (IMDB) is a purpose-built database that focuses and primarily relies on the main system’s internal memory instead of typical storage systems like hard disks and SSDs. The data is stored in an in-memory database in a non-relational and compressed format in hot storage (memory) and cold storage (disk), this concept of using hot/cold storage is also referred to as Data Tiering. The data stored in the hot storage is deemed critical and is thus preserved in RAM for frequent access. These databases are designed to target minimum processing time as such databases do not deal with making queries on hard disks to access the data.

You don’t need to provide CPU instructions to access the data stored in an IMDB, instead, data is accessed through a digital In-Memory Database Management System (IMDBMS). This database management system allows direct and easier data navigation through its rows/columns and index feature.

When to Use an In-Memory Database?

In general, if your system has a target goal of reducing Seek Time – time taken by a disk to locate the area where information should be stored, and to speed up the data rectification, an in-memory database is a perfect solution for you to use. Below we have provided some typical use cases of in-memory databases in detail:

The cache uses a high-speed data storage layer that generally preserves the transient data subsets so that the incoming requests are handled faster through the primary memory location. Through caching you can efficiently leverage and reuse the data more quickly as caches make use of in-memory databases.

An in-memory database is used to provide quicker results in real-time for gaming leaderboards. Especially those games that have millions of active/online users utilize IMDBs due to their faster processing time.

Real-time bidding means selling and purchasing digital ad inventories through online impressions made in instant auctions. Generally, the bid is made in 50-120 milliseconds. Thus, in-memory databases are a perfect choice to process, ingest, and analyze the real-time bidding information with a millisecond-to-nanosecond latency.

Recently, there has been a spike in the usage of in-memory databases in data science applications. The fast query processing feature has already reduced the IT costs for big data management. Let’s see how IMDBs play a role in the data science world:

Data science majorly deals with big data, hence using in-memory databases in business intelligence applications allows for better management of big data. This efficient management allows instant access for data manipulation, clustering, ingestion, and grouping even in those machine learning systems that deal with the big data but have no external disks or SSDs.

In-memory databases are one of those few analytical-type databases that allow preserving the data with 10x faster processing speed. With IMDBs, data scientists can process and run queries each time on the freshly updated real-time streaming data which is another convenient and advanced feature of IMDBs. Such advanced features allow businesses to directly leverage the data to train their machine learning models in the best and fastest possible way and at a much lower cost. The in-memory databases offer a small central processing unit (not a typical CPU), and even smaller digital footprints to provide highly resource-constrained analytics.

Despite having lower IT costs, using in-memory databases generally gets a little pricier. However, these costs can be avoided with techniques like Data Tiering which allows you to segmentize the data into hot and warm areas/storage – a concept already discussed above.

An in-memory database allows you to store the data in various data structures. This feature is again one of the most sought-after attributes by data scientists so they can leverage the raw data in its native format for feature extraction and business analytical insights. The data is available in structured, non-structured, and semi-structured formats, however, you can implement a traditional schema to structurize the data based on your needs. No matter what the data type is, either videos or voice notes, emails, or documents, an in-memory database allows the fastest accessing capabilities; a plus point to leverage in-memory databases in the data science world.

Apart from having these benefits, in-memory databases might have a short drawback as well. As the data is managed in the internal memory called Volatile Random Access Memory (VRAM), there are several risks to lose data through a server failure or when a system collapses due to the shortage of electricity. It is true that for such databases, the ACID (Atomicity, Consistency, Isolation, Durability) concept does not fit as there are durability issues. But, this issue can be avoided by preserving the operations through time-to-time snapshots, preserving data in a log in real-time which is referred to as “Transaction Logging”, which includes sending the taken memory snapshots to a Non-Volatile Random Access Memory (NVRAM) or Non-Volatile Dual In-Line Memory Modules (NVDIMM) that are capable to preserve the data even if an outage occurs.

If you’re looking to leverage an in-memory database for data science purposes, there are multiple platforms and tools listed below you can leverage:

The Memgraph’s graph database allows you to access and leverage cutting-edge technology without needing to hire a separate team of data scientists. Specifically, the tool MAGE (Memgraph Advanced Graph Extensions) a graph algorithm library that contains tons of ready-made graph algorithms like Betweenness Centrality, Biconnected Components, Bipartite Matching, and numerous other models that you can leverage in your data science and business intelligence applications.

Another tool called Memgraph Lab is visual interface data scientists can make use for visualizing their complex graph data and graph algorithms. This tool enables you to extract detailed insights and allows you to understand your schema so you can acknowledge your machine learning models and build them more quickly.

Aerospike is a real-time cloud structured platform with good performance capabilities. This IMDB platform allows enterprises to perform their operations in real time through the hybrid memory and parallelism model.

Moreover, Aerospike acts at the real-time streaming data on the edges and joins it with information from data lakes, record systems, analytical workloads, transactional workloads, and third-party sources where all processes take place in real time.

Hazelcast is a streaming in-memory application and an open-source data platform known for fast queries and scalable features for the development of intelligent applications and their performance. The real-time analysis feature by Hazelcast allows a contextual comprehension and an understanding of the customers through its intelligence features. The in-memory data layer in the backend of the platform reduces the latency and bottlenecks for data science and other technology applications.

Redis is an in-memory database and an open-source streaming engine with an IMDB data structure server that supports multiple data sets and data streams. This open-source platform has high throughputs and lower bandwidth due to its in-memory features that lead to faster processing of big data in data science applications.

SAP HANA, an in-memory computing product and a database by SAP, allows fast transactions and advanced insights into your data science applications. This in-memory application has a reduced seek and processing time which is required to acquire and manipulate the data for machine learning and artificial intelligence applications.

The well-structured data is stored in the IMDB storage after it goes through tough compression rates to avoid data bloating. SAP HANA also categorizes the data based on its usage needs and stores them in hot (in-memory) and cold (external) storage respectively. Through this platform, you can acquire data from data lakes, and also intelligently process and implement the information. Thus, SAP HANA is an option for intelligent developers to use in their data science applications.