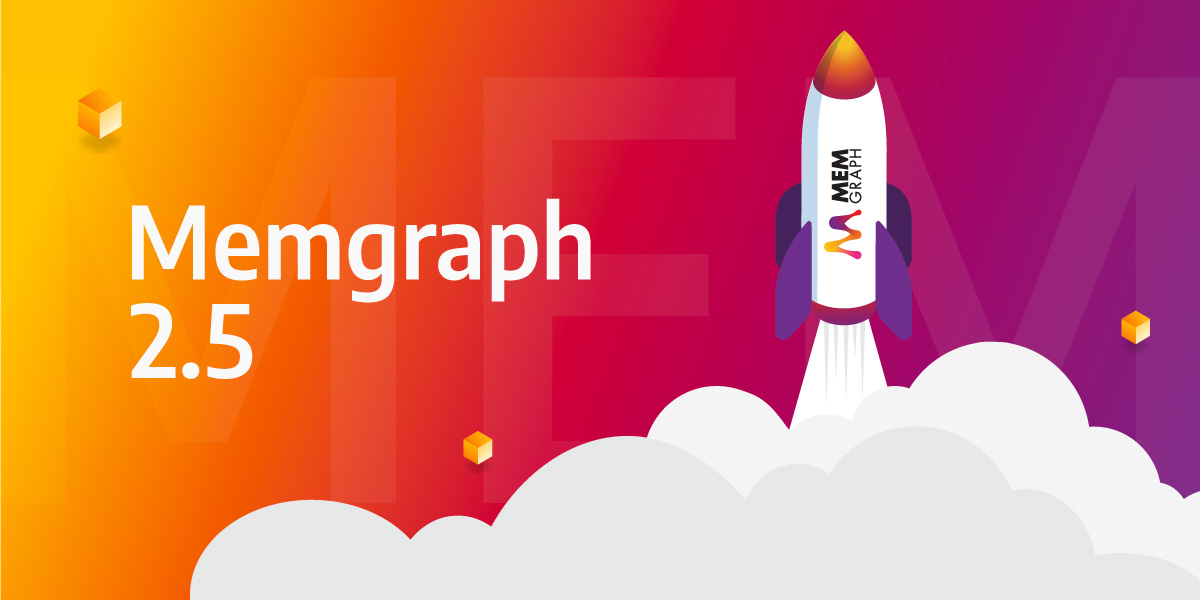 New year is an excellent time to make new decisions, so this year make better decisions by the knowledge you gain from using Memgraph! A new year calls for a new Memgraph Platform - a combination of Memgraph graph database, graph visualization tool Memgraph Lab and graph algorithm library MAGE.

There are several new features on the Memgraph side.

Most notably, Memgraph can now execute DISTINCT within aggregate functions like count due to popular demand and we like to see our users happy. If you need any help, ask Memgraph by specifying -h runtime flag.

Initialization before and after server startup

There are some new features to improve security, as well.

On the other hand, --init-data-file is executed just after the server starts, mainly to import data. Since the server is started before the data import, other users and concurrent clients can query data.

If you only need to initialize the admin user, you can use new MEMGRAPH_USER, MEMGRAPH_PASSWORD and MEMGRAPH_PASSFILE environment variables.

For example, you can set up the admin user with the following Docker command running the Memgraph Platform:

A huge addition to the codebase is a new version of mgBench, Memgraph’s benchmarking suite, the goal of which is to provide accurate insights on how Memgraph is performing on metrics like latency, throughput and memory usage.

You can check the results on the BenchGraph Platform.

Last but not least, let’s mention some important bug fixes. A bug was fixed that would cause the Go Bolt client to get stuck on a query if there was no RETURN clause because the query results were not exhausted. On the imperative code side, the Python query modules reload was significantly improved in the case when the underlying dependencies were changed. In the C++ query module API, various bugs and memory issues were fixed.

For the full list of changes, please take a look at the Memgraph changelog.

The most significant feature developed in the new Memgraph Lab is full transaction support. It is now possible to execute multiple queries from a single transaction wrapped in BEGIN and COMMIT (or ROLLBACK if the transaction should be aborted) commands.

As always, each Memgraph release brings some new Cypher clauses or functions to the engine. Memgraph Lab follows with the code suggestion support so that it’s easier to write queries.

The whole list of new code suggestion capabilities is available in the Memgraph Lab changelog.

MAGE 1.4 also offers support for algorithms from the igraph library. Also, you no longer have to worry about memory allocations and custom interfaces, because the new C++ API enables easier implementation of custom algorithms. Check out the MAGE changelog for more information.

All of these features are available as Memgraph Platform you can download and install on-prem, or sign up for Memgraph Cloud with a 2-week free trial period.

As Memgraph versions have been bumped more often recently, it makes more sense to introduce unified versions across all Memgraph products to track compatibility. The tradeoff is on the release side because all the releases have to be synced, but since we overall increased the frequency of releases, the release sync overhead should be minimal. Tell us what you think about this unification, and do you use Memgraph products separately or download the Memgraph Platform for smooth sailing at our Discord server! We’ll be happy to hear from you!