How to style your graphs in Memgraph Lab 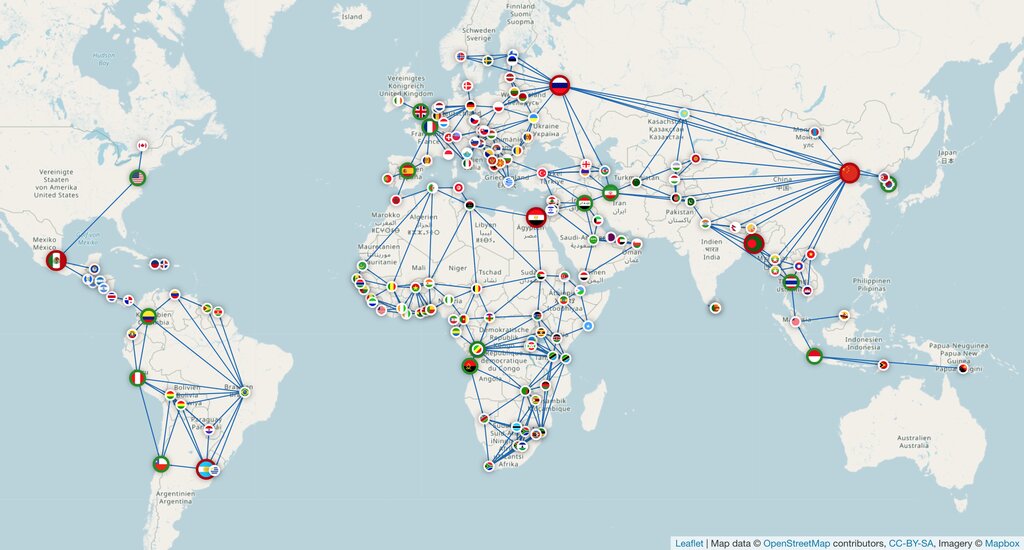 When using the graph view of the query results in Memgraph Lab it would be great to customize the display. It is now possible to do exactly that with the new scripting language. Style properties (size, color, label,…) of nodes and edges to be displayed can be set by defining style rules.

Rules can apply to all nodes or edges or a filter can be specified to apply the rule only to specific nodes or edges. Following rules will color all nodes green and all edges blue.

Imagine we have some nodes with label Important. We might want to color those nodes red. This can be achieved by adding a filter after rule name. Here we are checking if a node has label Important. Only if this is true, the node will be colored red.

If two rules define conflicting values for a style property, the rule defined later has the higher precedence (like CSS). In the following example, all nodes will be colored blue.

To showcase the new features of Memgraph Lab it is best to use an example. We will be working with a graph of various cities worldwide. You can download all the nodes and relationships from here (instructions for importing Cypher data can be found here). Since all nodes have lat and lng (latitude and longitude) properties, Memgraph Lab will show them on the map by default.

To change the style in which the nodes are drawn, we will open the style editor in Memgraph Lab and from there we can add our own custom style rules using the new scripting language.

To make the nodes look nicer, we can add a white border, and a little bit of shadow. This rule will apply to all nodes because no filter is specified.

It would be nice to make nodes visually distinguishable. This can, for example, be achieved by displaying flag images inside the nodes. Fortunately, in this example, each node has a property flag. The value is the URL of the flag image of the country in which the city is located. We can display those flags in drawn nodes in the following way. 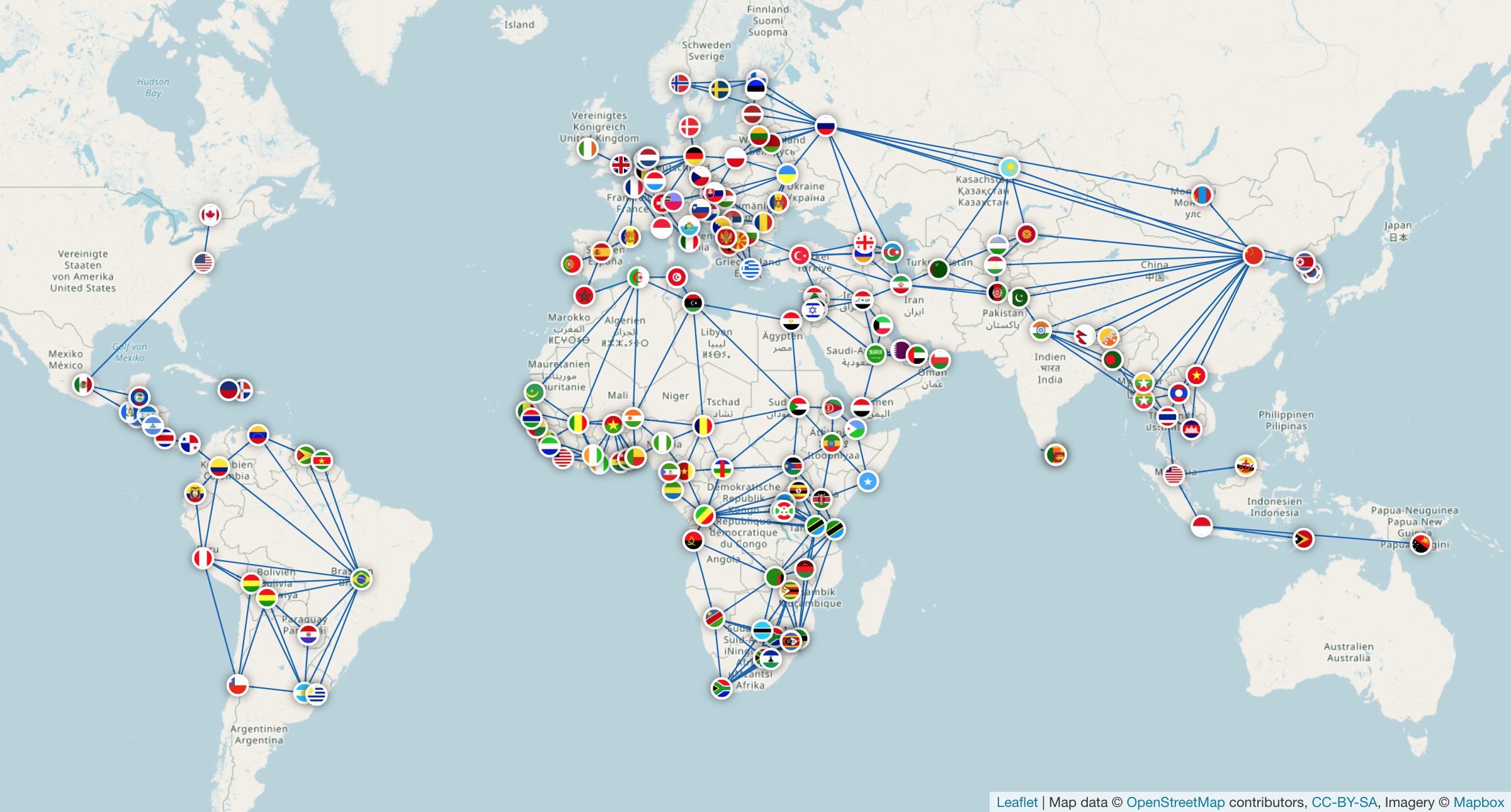 Each node also has the property population. We can use that to highlight big cities. To achieve that we can add the following rules. Here both rules have a filter after the rule name. This way defined rules only apply to nodes for which the filter is true. 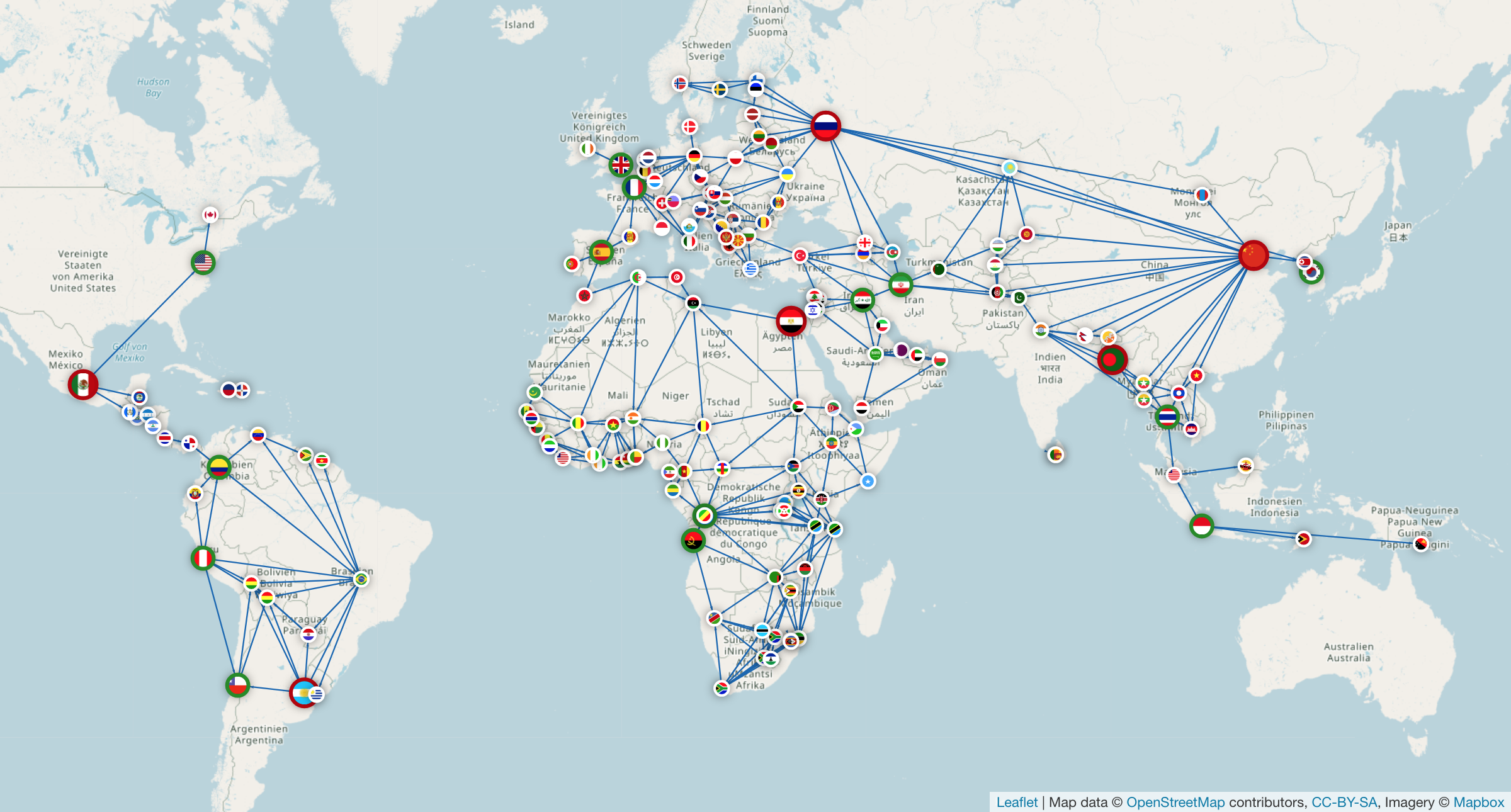 To show the power of the new scripting language, we can make all nodes have different sizes, according to their cities population. If we make the node size proportional to the population, some nodes will be just too big, and some will be barely visible at all. To make the differences less extreme we can use the square root function (alternatively). At the time of writing, the square root function is not a builtin function, but the language is powerful enough to implement square root from scratch using Newton’s method.

We can define the following functions to implement the square root function.

We can now make the node size depend on the square root of the city population. 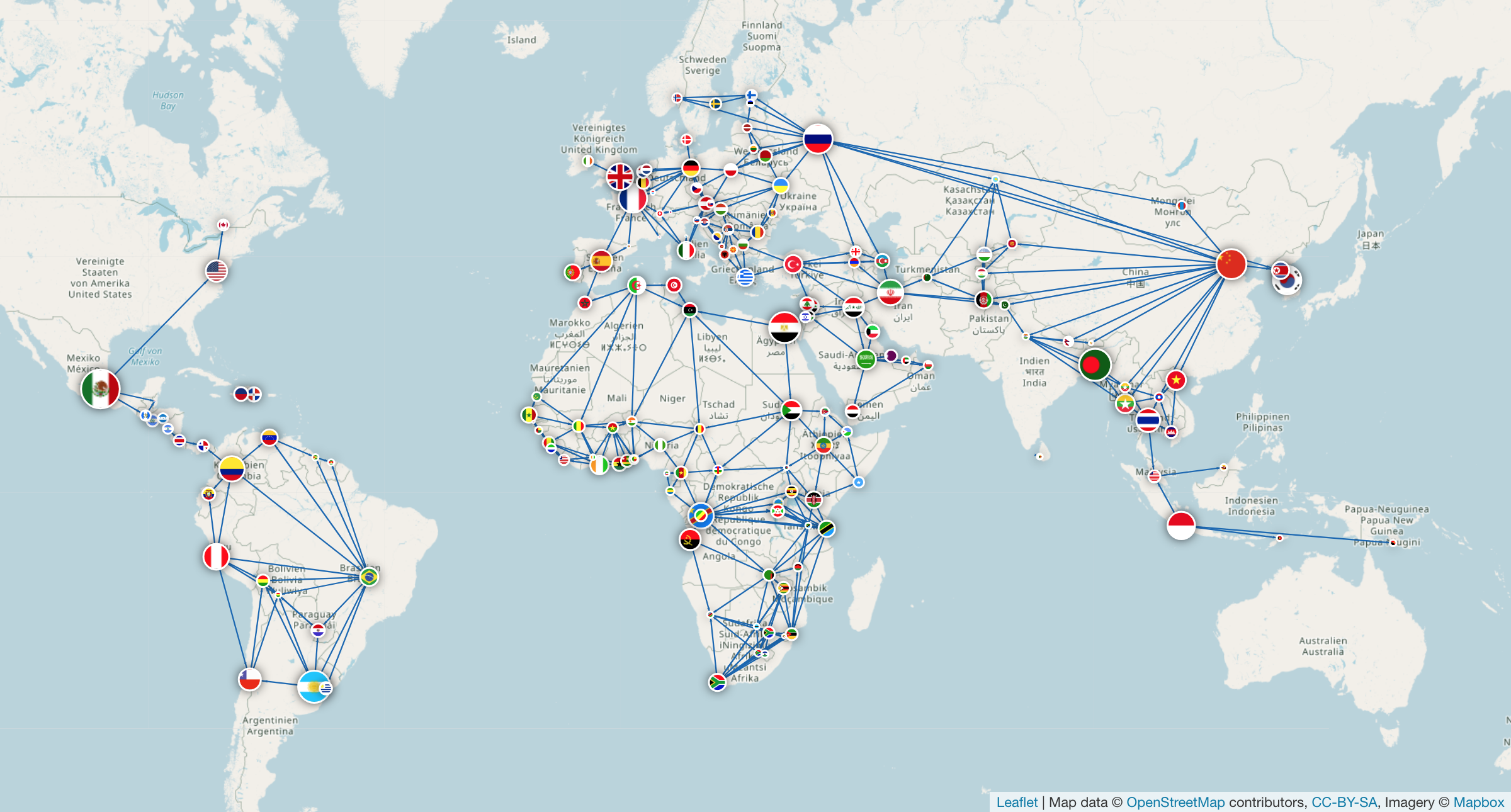 Aside from creating beautiful visual representations of graphs stored in Memgraph database, the new scripting language can be used for exploring data as well. Once Memgraph Lab has loaded the query result in the form of a graph, it almost feels like it’s possible to run subqueries through the styling scripting language. This will become more clear in the following example.

We will use the graph from Backpacking Through Europe tutorial. Various European countries and cities are stored in the database, along with information useful to tourists while planning trips, like prices of food and drinks. After running a query that returns all nodes and edges stored in the database, Memgraph Lab presents the following graph. 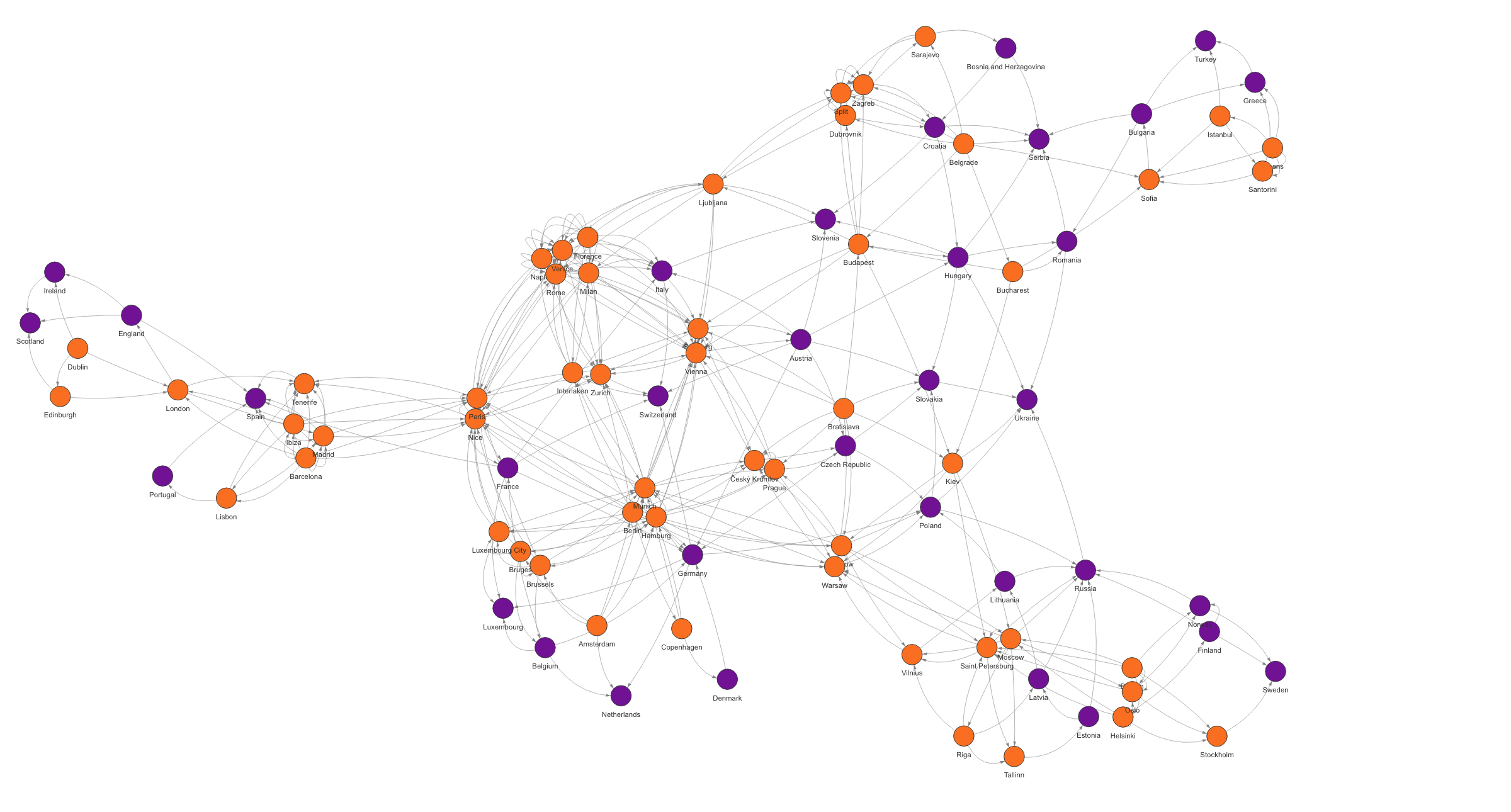 Suppose we are interested in cities where drinks or food are cheap. (City nodes have properties drinks_USD and meals_USD.) To make things simpler we will first define two functions: cheapDrinks? and cheapFood?. It is a convention to end a name of a function that returns a boolean with a question mark. Both functions take a node as the only argument and check the price of drinks/meals in that node. If the price is less than a threshold, the returned value is true. There might be nodes without drinks_USD/meals_USD property, so it is smart to check if a node has a property before accessing it.

We can now define the following style rules to highlight the cities we are interested in. We are using functions defined above to make the filtering of nodes clearer. We can also add food and drink prices to node labels for easier data inspection. (City nodes have properties drinks_USD and meals_USD.) 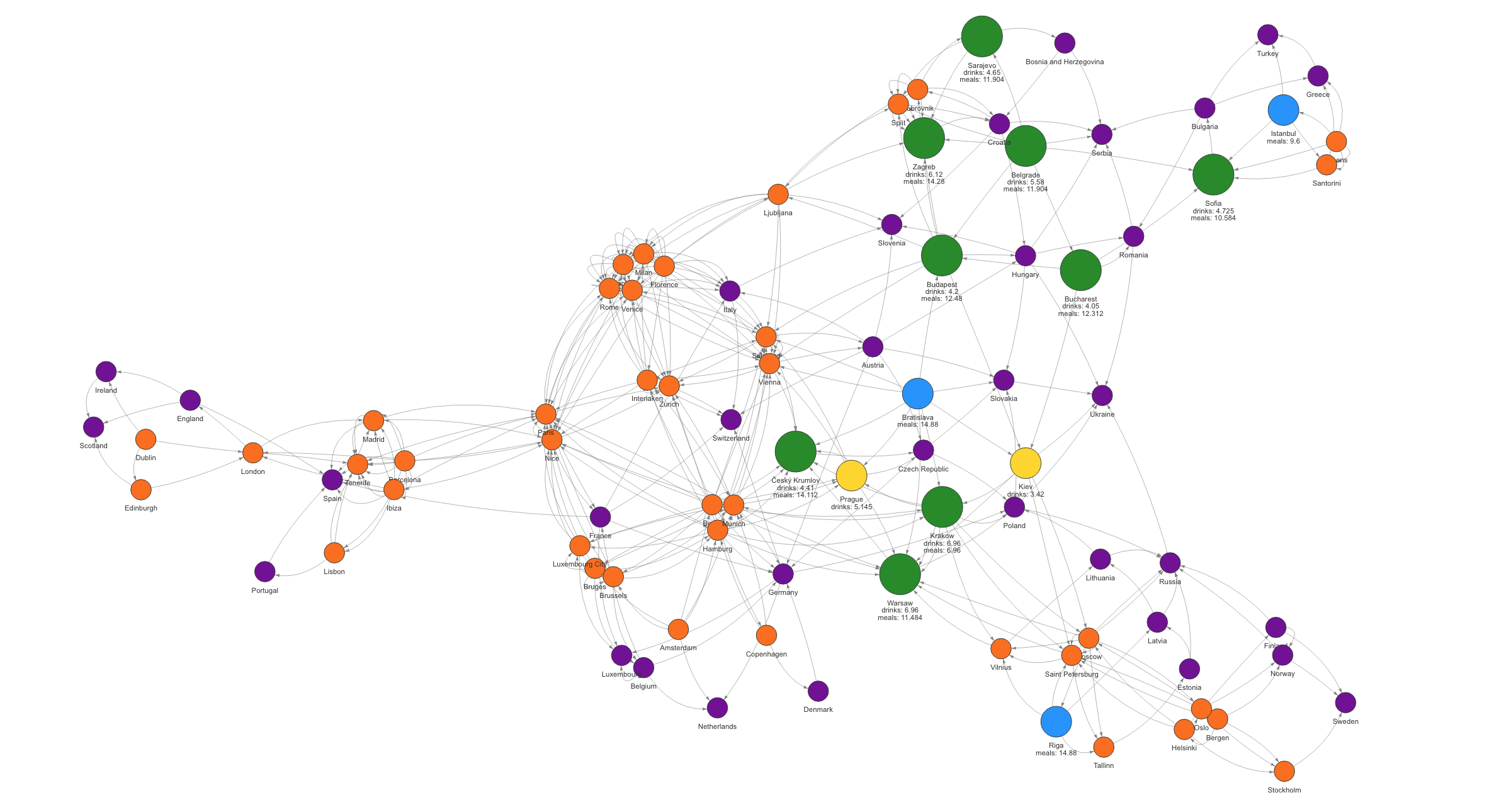 In this example, we have used the styling scripting language not only to make the graph look better, but also to understand the data better. Filters after style rules (in this case cheapDrinks(node) and cheapFood(node)) are used to select specific nodes. This works almost like adding conditions to Cypher queries, but with one large benefit: this way we can also see the relationships of “selected” nodes to other parts of the graph.

The best way to fully experience the new features of Memgraph Lab is to download it right away (instructions can be found here) and start playing around with the new scripting language. The possibilities are endless.

Did you ever fall down some bottomless pit of bad data modeling? Our inter Adrian sure did, but he learned a lot from it - how to recognize the pitfalls and how to avoid them in the future! Hope his experience helps you… but let’s be honest, we never really learn from other people’s mistakes, so if you fall be sure to yell for help!