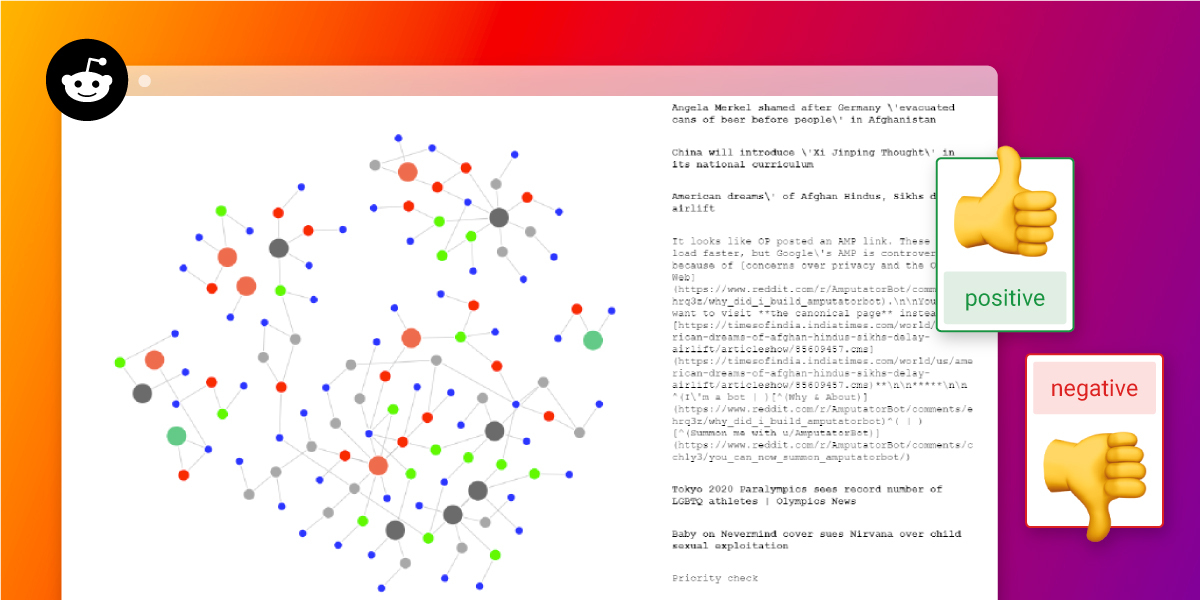 In August 2021, we held an in-house hackathon where we decided to develop a set of graph streaming applications. The main problem we encountered was developers wasting time on finding the right accessible real-time data sources and learning how to connect to them. Out of this came the idea of consolidating this data in one place and sharing it with other developers.

And here we are now! A couple of months later, with a first out of many real-time data sources.

The first source we wanted to cover is the Reddit API. In short, it’s one of the most visited user-generated content sites in the world. It consists of a network of communities called subreddits which are based on various user interests. The users are called Redditors. I believe that most of you are already familiar with Reddit. Therefore, I will not dwell too much on the description of Reddit but go straight to the things that led you to this web page.

Do I need to authenticate myself if I want to use Reddit API?

Yes. All API clients must authenticate with OAuth2. OAuth is an open protocol that allows secure authorization from web, mobile, and desktop applications.

Also, Reddit’s OAuth API is only accessible via HTTPS, not HTTP.

Most of the wrappers / libraries mentioned next in the article will have clear instructions on how to authorize via OAuth2.

There are traffic rate limits. Clients connecting via OAuth2 may make up to 60 requests per minute.

Yes, if you open-source your code.

When do I have to pay for using Reddit API?

If your intended usage is commercial, you’ll need approval from Reddit by emailing [email protected]. Use of the API is considered commercial if you are earning money from it, have in-app advertising, in-app purchases, or you intend to learn from the data and sell it.

Examples of what can I do with this data?

OK, that’s it for now. Next up is Spotify API. Ping me for feedback on Discord or Linkedin. For the next couple of weeks, this will be a work-in-progress, so if you noticed that I’ve missed anything, please let me know.