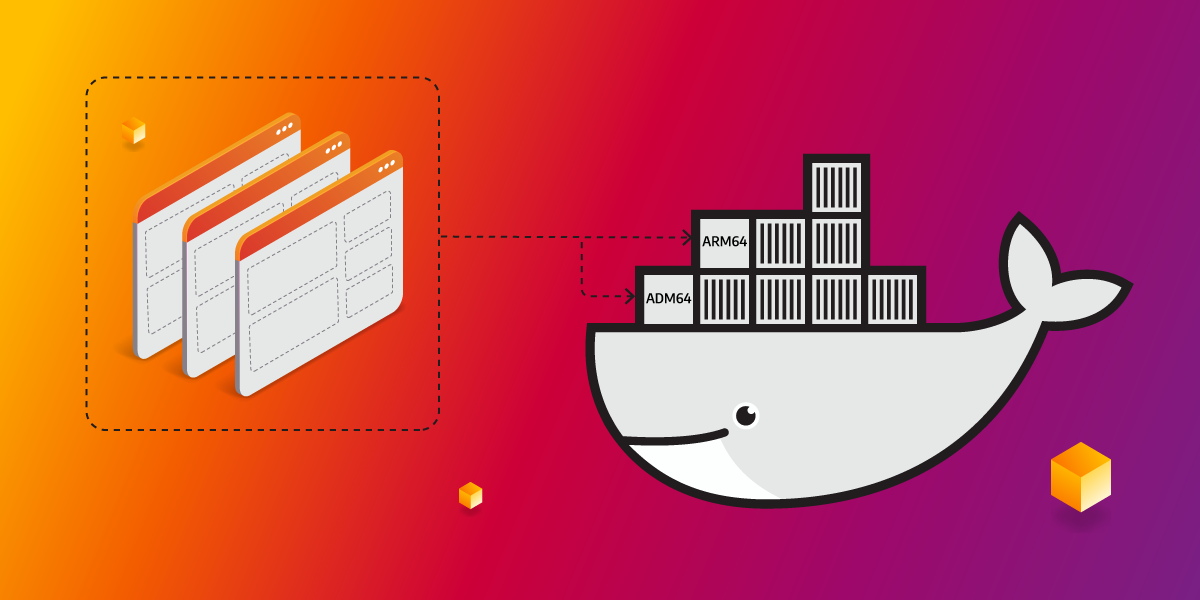 In Memgraph, we were always building packages for x86_64 architecture, but when Apple’s M1 chip became prevalent in the new laptops we had to adapt. The article on how we adapted to build our Debian packages for ARM64, the architecture of the M1 chips, would probably not be a hit, so let’s discuss how we accomplished supporting Docker images on different architectures.

It is important to mention that we are currently building two separate DEB packages - one for x86_64 and the other for the ARM64 architecture.

How to build multi-architecture Docker images?

Before we start with the heavy lifting, please stay calm and trust me it’s not as hard as all the fancy words make it out to be!

I’ve already mentioned Docker, right? Well, you definitely need to have it installed to be able to build Docker images. Everything I’ll be describing was done on Ubuntu 20.04 so if you are using some other distribution you might have to adapt a bit. Make sure your Docker version is at least 19.03. or greater.

First, enable the Docker CLI extension buildx that will allow you to build images for multiple architectures. You can do that by following these steps:

Note: Make sure the binary name is docker-buildx, you can rename it or link the one you downloaded to the docker-buildx in the same directory by running:

But wait, these are only two architectures! Well, I did promise multi-architecture, just not a bunch of them. Just kidding - what you need to do now is to install a builder instance that will be used by buildx to produce images for multiple architectures.

The builder instance that I’ve used is from tonistiigi/binfmt repository, and to install it, just run the command mentioned in the README docs:

And if you run the command docker buildx inspect now, the output should look like this:

And here they are - the two architectures we are interested in - linux/amd64 and linux/arm64. Buildx automatically recognizes the builder image we have and can use it to build a Docker image. We also need to instantiate this builder instance with the following command:

And to test out our new builder, let’s build Memgraph for both architectures using this Dockerfile (you can see the same Dockerfile in our repository):

The file looks like a standard Dockerfile, but the power of buildx is to recognize for which architecture it is building and to use that knowledge to our advantage. For every platform argument we specify in the build command, buildx will generate different variable values for the TARGETARCH argument that we use in Dockerfile to copy the Debian package with the right architecture into our image and install it. You can check out other buildx variables here.

The only thing we are missing are two Debian packages for AMD64 and ARM64, and we can get those easily by running:

And now for the grand finale, lets build those images:

In due time you should see the images for both AMD64 and ARM64 in the images directory. Well that wasn’t so difficult, right?

You know what they say - why spent 10 minutes doing something when you can spend 8 hours automatizing it. So let’s do just that - automatize the build process of Docker images. Let’s take a look at Memgraph’s release_docker.yaml workflow to see how it’s done. So the setup is pretty standard, so let’s go through the steps to see what’s happening:

Which architecture naming convention to use?

And finally to answer the most troubling question of them all - the one that has caused so many Slack threads, disrupted so many casual coffee breaks and destroyed friendships - what naming convention to use? Well, as you can see, it’s complicated.

After successfully going through these instructions, you are probably left wondering why would anyone do this locally when it’s so easier to do it with GitHubActions. I would say the biggest benefit of going through that on your own is to get more familiar with the technology and options you can use in the CI. But the go-to approach when releasing the product for multiple architectures should definitely be a CI solution, in this case, GitHubActions.

And now we can relax and be proud of the fact that our users, when pulling images from the Docker registry on whichever architecture they are currently using, will automatically get the one they should.

by
Marko Budiselic
memgraph-vs-neo4j-performance-benchmark-comparison
Neo4j
Comparison
Under the Hood
Memgraph vs. Neo4j: A Performance Comparison