Using on Disk Storage With an In-Memory Graph Database
Embark on the Fraud Detection Journey by Importing Data Into Memgraph With Python
Analyze Infrastructure Networks With Dynamic Betweenness Centrality
Announcing GQLAlchemy 1.2 - Developing Python Applications With Graph Databases
How to Use GQLAlchemy Query Builder?
Importing Table Data Into a Graph Database With GQLAlchemy
How to Manage Memgraph Docker Instances in Python
Exploring a Twitter Network With Memgraph in a Jupyter Notebook

Using on Disk Storage With an In-Memory Graph Database 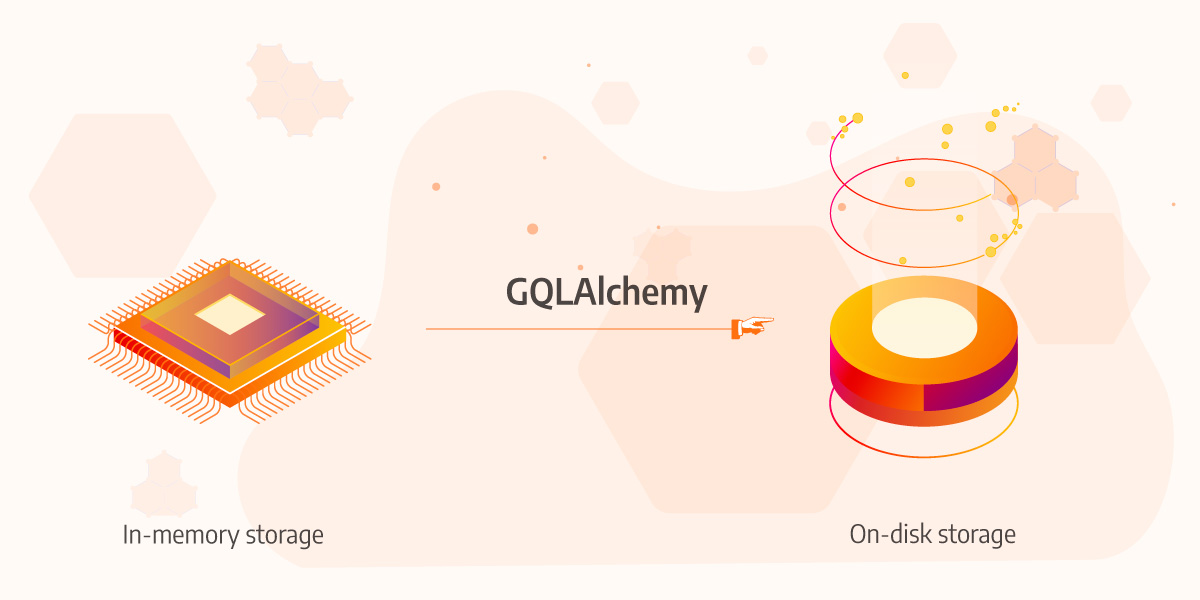 Since Memgraph is a graph database that stores data only in memory, the GQLAlchemy library provides an on-disk storage solution for large properties not used in graph algorithms.

Many graphs used in graph databases have nodes with a lot of metadata that isn’t used in graph computations. Graph databases aren’t designed to perform effectively with large properties like strings or parquet files. The problem is usually solved by using a separate SQL database or a key-value store to connect large properties with the ID of the node. Although the solution is straightforward, it is cumbersome to implement and maintain. Not to mention, you have to do it for each project from scratch. We’ve identified the problem and decided to take action. With the release of GQLAlchemy 1.1, you can easily define which properties will be saved in a graph database, and which in an on-disk storage solution. You can do that once, in the model definition, and never worry again if properties are saved or loaded properly from the correct database.

GQLAlchemy is a python library that aims to be the go-to Object Graph Mapper (OGM) – a link between graph database objects and python objects. It is built on top of Pydantic and provides object modeling, validation, serialization and deserialization out of the box. With GQLAlchemy, you can define python classes that map to graph objects like Nodes and Relationships in graph databases. Every such class has properties or fields that hold data about the graph objects. When you want a property to be saved on disk instead of an in-memory database, you specify that with the on_disk argument.

This instruction influences Node serialization and deserialization when it is being saved or loaded from a database. Before being able to use it, you have to specify which implementation of the OnDiskPropertyDatabase you’d like to use. For example, we’ll use the SQLite implementation.

Now, every time you’d save or load a graph object from a graph database, the on_disk properties are going to be handled automatically using the SQLiteOnDiskPropertyDatabase.

Now you know how to use on-disk properties, so your in-memory graph doesn’t eat up too much RAM. Graph algorithms should also run faster because most of these large properties often aren’t needed for graph analytics. If you have questions about how to use the on-disk storage, visit our Discord server and drop us a message.