On the other hand, if you would like to add changes to the dataset, download the Memgraph Platform. Once you have it up and running, open Memgraph Lab web application within the browser on localhost:3000 and navigate to Datasets in the sidebar. From there, choose the dataset Football player's transfers and continue with the tutorial.

1. Let's say you want to find 20 most expensive transfers. As mentioned before, transfers fees are represented in millions of euros.

2. What about finding the most expensive transfer per season?

4. Find players that were transferred to and played for FC Barcelona and count them by the player game position.

6. FC Barcelona is one of the most valuable football clubs in the world. Players often want to play there as long as possible. But what about those players who didn't fit in well? Where do they go?

8. In great teams, there are players who seem to be irreplaceable. When they leave, the club board is often struggling to find a proper replacement for them. Let's find out which positions club "FC Barcelona" spent money on in season 2015/2016.

10. Now, let's find who were the most expensive players per position in team FC Barcelona.

11. If you want to find all player transfers between two clubs you can do that also.

12. In the previous query, we found all transfers between two clubs. Let's filter out direct ones now. We need to add a small change in the query to only get indirect transfers. 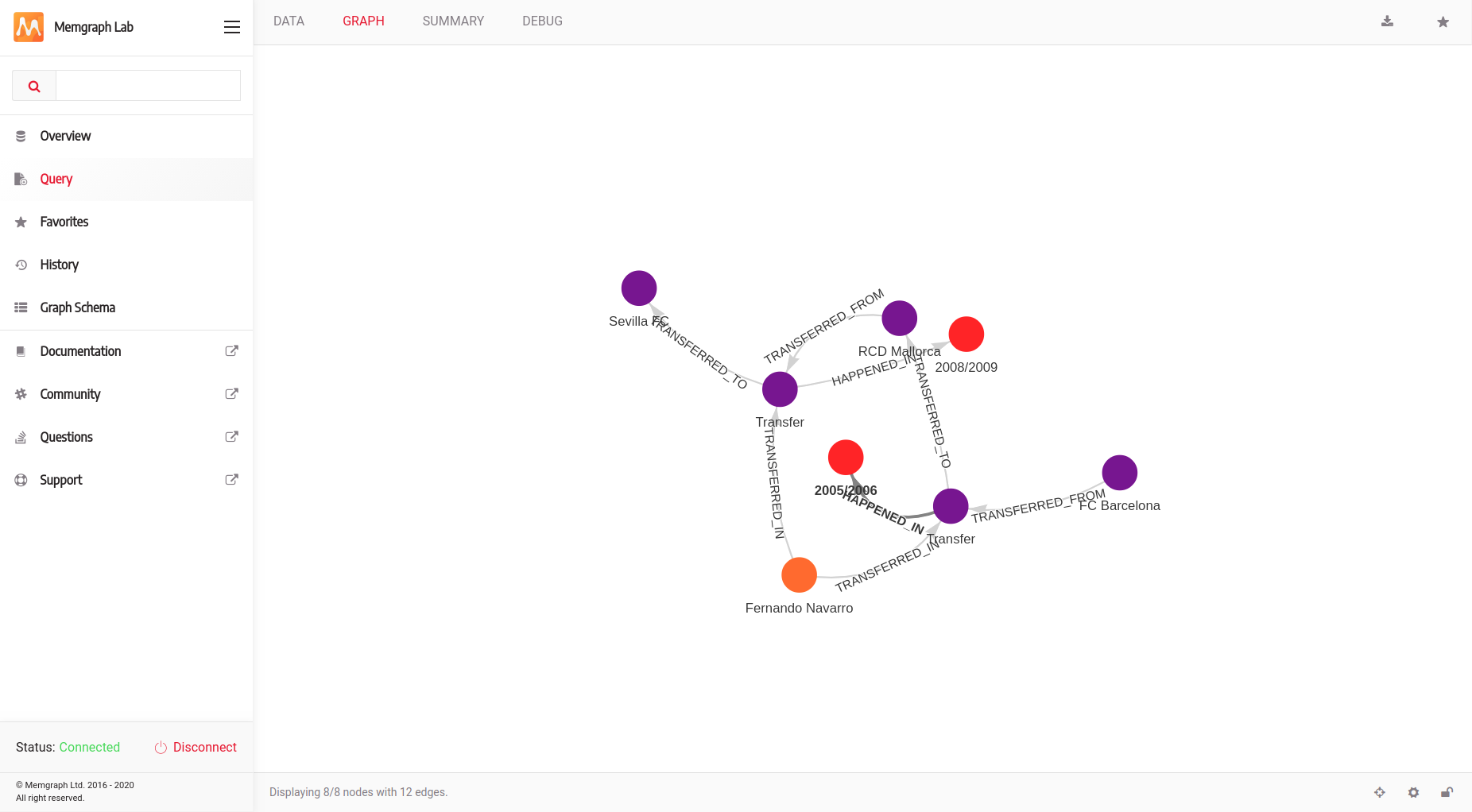