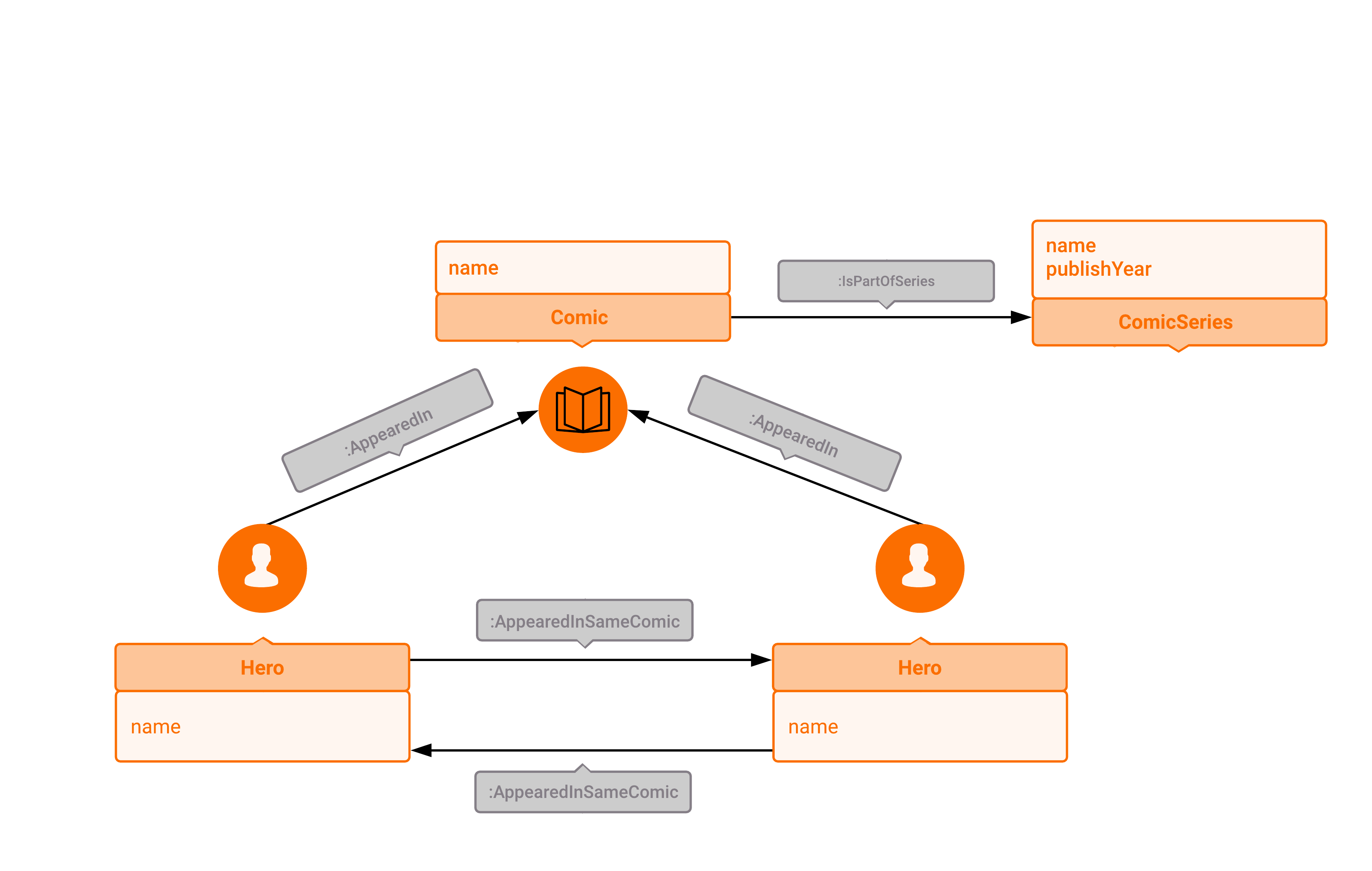 On the other hand, if you would like to add changes to the dataset, download the Memgraph Platform. Once you have it up and running, open Memgraph Lab web application within the browser on localhost:3000 and navigate to Datasets in the sidebar. From there, choose the dataset Marvel Comic Universe social network and continue with the tutorial.

1. List all the comic series present in the database, along with the number of comics it contains:

2. List all heroes that have "SPIDER" in their name:

The other option is to use the CONTAINS operator:

3. List all the comic issues where Spider-Man (Peter Parker) and Venom (Eddie Brock) appear together:

4. List all the comic series in which Spider-Man/Peter Parker appears:

5. List 10 heroes with whom Spider-Man (Peter Parker) appeared most frequently together:

6. Find if there's a connection between Peter Parker/Spider-Man and Beef:

7. List the 10 most popular heroes and comic series in the MCU:

Or we can do it without query modules: