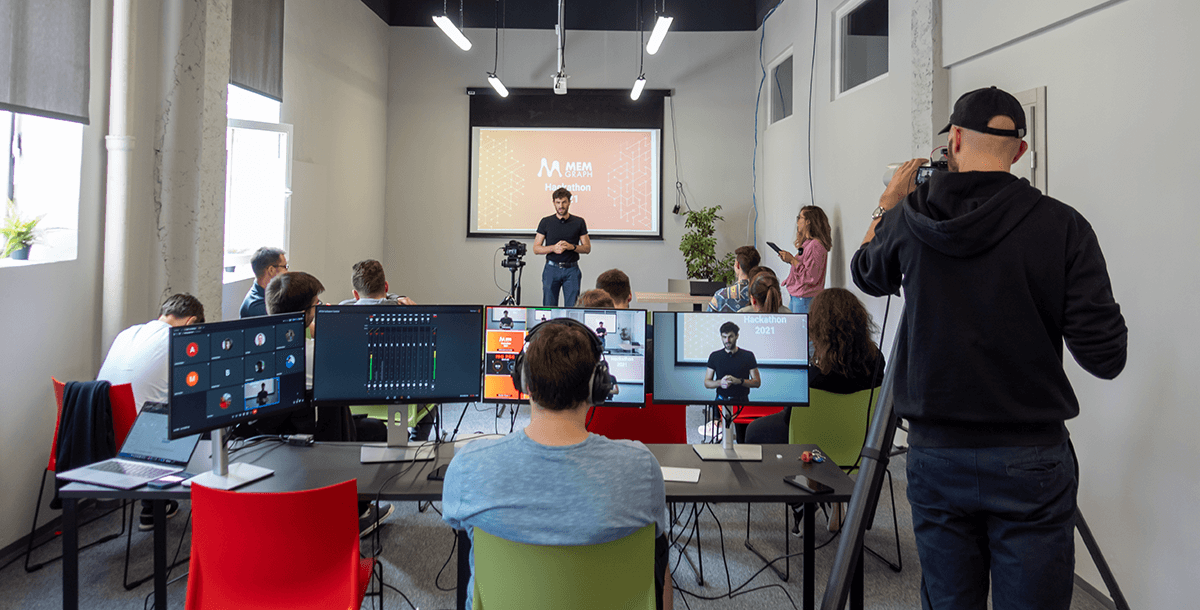 Last week we gave you a sneak peek into a fun project designed to experience what other developers are going through while using Memgraph - our very first Hackathon!

Every engineer in Memgraph works hard on building Memgraph products within their team. However, the majority of engineers have not actually used Memgraph for their projects. Almost no one built an app with Memgraph before, and yet, we expect other developers to have a good and productive time using it. To get a better understanding of what other developers and engineers are going through while using our products, we needed to put ourselves in their shoes.

Walking a Mile in the User’s Shoes

A hackathon was the perfect playground for discovery where participants had the opportunity to get to know each other better by taking on new roles and breaking out of their daily routine. To have enough time to build something cool, day-to-day work was paused, and for a whole week, everything else within the company was focused on a hackathon. Engineers from different departments and with different skill sets were put together through random pairing, and after teams were formed, it was time to decide on ideas and start hacking. The rules were simple - build cool app examples that are using Memgraph. A couple of data sets were already provided, but teams could have chosen anything they wanted.We were surprised to see how the hybrid model worked well in this situation. While most team members stayed at home and focused on their app, some of our team members wanted to meet onsite, which was possible thanks to our shared co-working space in Zagreb.

Here’s an overview of the projects each team did:

After a week of intensive coding, the last day was reserved for presentations. And what makes a good hackathon? Awards, of course! There were five categories - best graph model, best graph visualization, best graph algorithm, best presentation, and best overall app. Kudos to the winning team, 405 Found, on their streaming app. This may be our first Hackathon, but with how everything went down, it definitely won’t be the last one.

In the next couple of weeks, each of the projects will be published on the Memgraph website for all the developers to have a look, check them out, and use them as cornerstones for their own apps. In order to learn more about different apps using Memgraph, stay tuned and follow Memgraph!

Company
How interns built Twitch app and advanced our MAGE

Over the course of ten weeks, we had four interns join Memgraph. They worked directly on the Memgraph product.

Learn how to connect to a Pulsar cluster, create an Art Blocks NFT database in Memgraph and analyze streaming sales